“I grew up in a similar fashion to other children; I played a lot of sports. As it turns out I wasn’t half bad. I played everything I could: football, basketball, wrestling, soccer, rugby, and I was even a competitive swimmer. After High School, I continued to play football and then rugby in college. My love for sports was only equaled by its hatred of me. Over the years I sprained, tore, dislocated, hyper-extended, or broke most everything that bends in my body. At the tender age of 21 my athletic career came to an end. The injuries had simply taken too large a role and I could no longer compete to the level that I was accustomed to. In search of an avenue to quiet my competitive urges, I turned to power-lifting. After injury again, I left power-lifting and turned to bodybuilding where I developed tendinitis in my right arm. A rather minor injury in and of itself, but it was the final straw. I finally saw that I could no longer compete on any level, unless I could muster the desperation to begin competitive dart throwing. With my medical history I thought for sure that an errand throw would inevitably assuage me of an eye. At 25 I gave up on physical activities that were even slightly strenuous as I knew they would eventually overtake me. Gym memberships expired, equipment was given away, and clothes became tighter.

As a power-lifter I weighed 197 pounds and squatted 600 pounds. As a former power-lifter I weighed 230 pounds and squatted when absolutely necessary. Being a former athlete and a gym rat since I was 13, I never even considered a personal trainer. I knew my body and I knew the gym, I assumed there wasn’t anything a trainer could tell me that I didn’t already know. Besides, I had been in enough gyms and took many an opportunity to feast upon the trainer’s knowledge. Usually, I left hungry. It was by chance that I came into contact with Laura, and it was by ulterior motive that I agreed to train with her.

I will never forget her face as we first discussed my physical liabilities. A mixture of deep contemplation and horror would be an accurate description. But then the strangest thing happened, we worked out, and I had no need for an ice pack. I could have used some assistance to get out of bed the next day, but my joints were fine. Naturally, we trained again. Much to my disbelief I obtained the same results, muscles in agony and joints in ecstasy. She began to show me that some of my incorrect form only exacerbated my pain – that I didn’t have to grab the heaviest dumbbells in the gym in order to gain muscle, and that by improving my balance I could alleviate some of my aches. She introduced my to corrective exercises. She gave me a path back to what I ended up missing the most — being physically active.

We have gotten my weight back down to 210 pounds, and she still can’t believe how strong I have gotten. My old pants that were collecting dust have come off the shelf and are mistaken as new pants, my confidence has been restored, and my passion for physical activities has been renewed. Trainer Laura gave me these things. Without her I would still be lazy, pathetic, and self conscious about my weight. With her motivation, knowledge, and never ending supply of enthusiasm, I am a complete person again. My gratitude and loyalty for what she has given me will never find adequate representation in mere words. She is a friend, confidant, motivator, advisor, and so much more for which I will be indebted.” 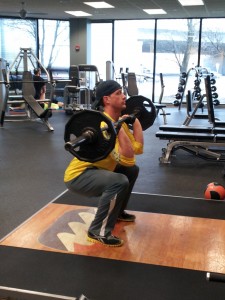 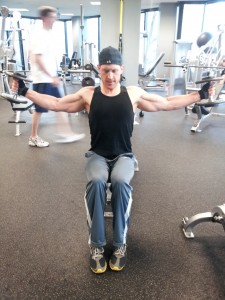 “I have been training weekly with Laura Lebedun since May, 2008. I have made tremendous progress in my fitness program through this relationship. She is very intelligent and knowledgeable about exercise physiology and she completely focuses on our workouts. Among the things that make her really special to me are her enthusiasm, sense of humor, and dedication to helping me achieve my fitness goals. She makes great stickman drawings illustrating exercises for me to take as homework between our training sessions. She is a young woman of impeccable character and I cherish her as a good friend. I have referred my wife and several friends and clients to her and would unhesitatingly endorse her to anyone wishing to improve personal fitness.” 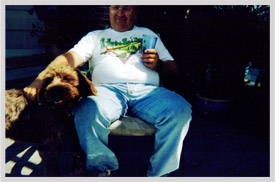 “Trainer Laura and I have been working together since 2009. Prior to meeting Laura, I was intimidated by gyms and machines, but she has taught me proper technique while giving me the confidence to work out independently between sessions. In addition to creating challenging and fun workouts, she is available to answer questions and provide continuous support between training sessions. She even adapts the workouts to help me work particular muscles and body areas! Incorporating creative techniques and muscle confusion into my workouts makes them challenging and rewarding. Through the years she has helped me meet short and long term goals, providing the coaching and support needed to keep me motivated. I love her!” 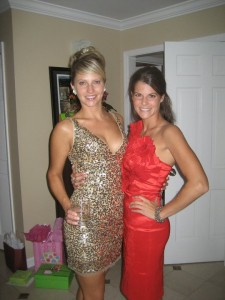 How to Perform The Perfect Push Up

THE "PERFECT" PUSH UP Laura Lebedun Kerch How do you learn unless you are taught correctly? I find it fascinating and equally disappointing when I have a new client's initial evaluation, and he or she cannot even perform a correct ... END_OF_DOCUMENT_TOKEN_TO_BE_REPLACED

THE KETTLEBELL We can spend months, even years learning to master the mighty kettlebell. We can spend each rep trying to improve our form, paying attention to all sorts of variables that can make or break our set -- or ... END_OF_DOCUMENT_TOKEN_TO_BE_REPLACED